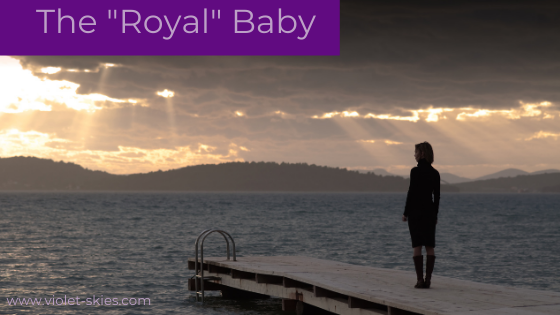 I have delayed posting or commenting anything about the heartbreaking story of the loss of Meghan and Harry’s baby.

There is a lot of debate as always in the media and online about whether it was or wasn’t a “Royal baby”.  Well to be frank who cares if it was royal or not it was still the loss of a poor baby; someone’s baby; Meghan and Harry’s baby and Archie’s kid brother or sister.  It is sad to hear of the loss of any child and it is equally sad to see they haven’t had any family support (that we can see publicly) from the Windsor side anyway.

The lack of support and understanding for child loss is palpable.  It is a shame that the official stance from the Royal family was to refuse comment and to keep it as a private matter, when clearly the taboo of child loss does need to be spoken about rather than a continued adoption of the English way of pretending nothing has happened and simply moving on.

I am hoping that privately the Windsor’s have reached out, especially to Harry.  For a dad it can often be even worse support wise than it can for mothers of loss. I would imagine Harry could really use some support from his father and brother at this time. I hope privately that they have reached out to him and that he has had this.

MORE COMMON THAN YOU THINK

Meghan said in the eloquent column she wrote for the New York Times.

“I discovered that in a room of 100 women, 10 to 20 of them will have suffered from miscarriage. Yet despite the staggering commonality of this pain, the conversation remains taboo, riddled with (unwarranted) shame, and perpetuating a cycle of solitary mourning.”

‘She asks “Are we ok?” This is the question that all child loss sufferers need to be asked and we need to feel we can escape from the traditional English response of “I’m fine” or “I’m OK” to be more honest with our feelings in order to encourage others that it is ok to do so too.

Meghan and indeed Chrissy Teigen earlier in the year were both criticized for their honesty and openness around the loss of their children when in fact they should be praised for it (as well as given love and support).  They are doing a great service to the child loss community.  It is an exclusive club that no one wants membership of and lots don’t feel they can admit they are members of it either so the more celebrities open up discussions about the subject then the better the fuel to help rid us of this awful taboo.  By enabling people to talk about Meghan or Chrissy rather than themselves it enables greater dialogue around the subject avoiding the fear of offending a friend or loved one.

If you want to read Meghan’s article in the New York Times here’s a link to it.  Thank you to Meghan and Chrissy for sharing their pain with us to help others to speak out too.

I had a new business meeting today and mentioned Violet Skies in it.  The lady I was chatting to then opened up that she had lost two children herself too and praised the fact collectively we are helping to encourage dialogue around the subject.

So let’s get talking about it.  Why not be open about it?  Let’s ask “How are you today?” and  “Are you ok?” genuinely ready for an answer that doesn’t include the word “fine”.

Please let me know what you think as always and if you can share that would be amazing too.

There’s a baby in our house

Lost Mojo and a birthday or two