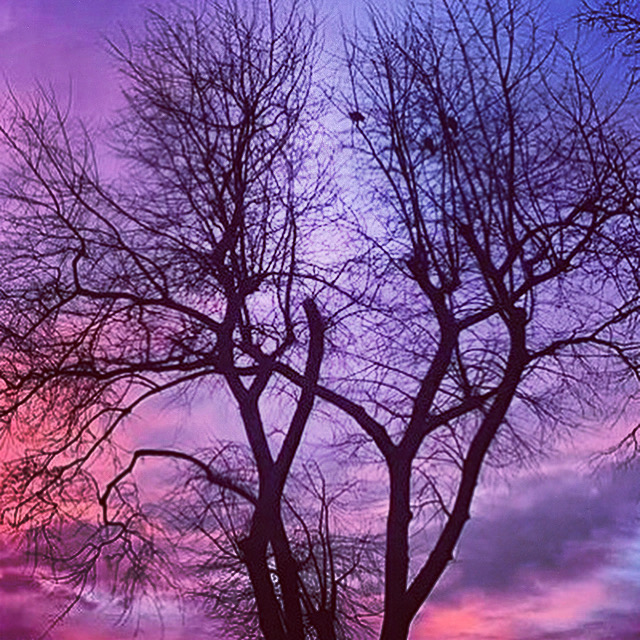 So these past few weeks I’ve really struggled to feel anything but confident about my parenting skills. I know from speaking to other parents out there that this is a common feeling to have at times.

You see the struggle for me is when the rational voice in my head tries to change my mood by telling me that I’m a good mum. Another voice reminds me that my first baby died didn’t she and maybe it was because she wasn’t looked after well enough. Perhaps I should have tried harder or done something differently?

Whenever my rainbow baby is ill all these feelings get dredged up from deep down. All these fears and bad memories or nightmares from hell (also known as Manchester Children’s Hospital) as I call them.

If my rainbow baby is diagnosed with a chest infection or heavens forbid pneumonia then even more negative memories and emotions appear as that’s what Violet died from.

When I took our toddler to the GP a last week we saw a different doctor than usual and she looked at the on screen records looking puzzled asking does she have a lung disorder as she’s here a lot to get her chest checked. Our usual doctor insists we bring her to be checked whenever we are remotely concerned but obviously this lady didn’t get the memo. I really think they need to have something that flashes up on screen to say “her sister died of pneumonia” as I then had to explain no she doesn’t have any lung disorder we are aware of and to rationalise why we’re so over cautious bordering on paranoid. When I said her sister died of pneumonia I didn’t even get the usual “I’m sorry to hear about that” instead I think she was a bit embarrassed as I think she initially thought I was just a paranoid over protective mother.  She listened to baby’s chest and agreed it sounded crackly so prescribed some antibiotic.

Roll on a few days and baby seemed much better thankfully so we sent her back to nursery.  Around lunchtime I got a phone call to say she was breathing rapidly and sucking in below her ribs so really serious for a little one.

I collected her from nursery and we drove straight to hospital A & E, where the triage nurse said she thought we looked familiar.  When we explained that our other daughter died in the hospital she immediately said “oh my god you’re Violet’s parents”.  It turned out the reason we recognised each other was that 3 years ago she worked on the ward where Violet died and she had looked after her the night before.  She welled up and I started crying so it was a great start to a possible hospital admission.

Thankfully because the nurse remembered Violet it was then an easy job for me to insist she asks for the on call respiratory specialist to consult and she obliged immediately paging them for us. Anyway they did an x ray of her lungs and saw she had a possible viral and bacterial infection on them.  They gave us more antibiotics and said as long as we monitored her for any further changes then we could take her home.

We were only home for a few hours when we noticed her breathing had gotten rapid again, around double what it should be, so we knew she was getting worse and phoned an ambulance, which is what we’d been instructed to do if she got that bad.  The operator explained that the ambulance would take 3 hours to arrive so given our proximity to the hospital we would be better driving her there ourselves.

We arrived back in A & E and were told they would be admitting her for monitoring overnight, as her oxygen levels were erratic.  It felt like I was at the gates of hell and having to enter it once again.  I explained this to the hubby and he laughed saying “pleased to see you’re not being over dramatic then” lightening the mood as always!

There are no words to describe how it felt being back in that hospital again sitting and sleeping (who are we kidding more lying with one eye open and jumping up every time she coughed!) at the side of my baby’s cot bed. All the memories I had suppressed of my time there with Violet came back along with my scepticism about what we were being told.  Luckily this time we had the top respiratory consultants looking at her x ray and examining her too so I felt more confident with what we were told.

I got the best Valentine’s Day present in that we were discharged from the hospital and once again told to monitor her.  Fingers crossed she seems much better now but it’s always tough with little ones when they can’t tell you how they feel.

Here’s hoping she recovers quickly and we never have to return to that A & E again.  Although I plan once she’s better to take some more books in for the children in A & E as quite a few we looked at reading with her were ripped and damaged.

We’re still exhausted and reeling from the adrenaline here and hoping she’s better soon.  I take my hat off to those people, especially a dear friend of mine, who have children with long term illnesses who are often in and out of hospital. It is really tough to have to try to parent while doctors and nurses torture your child trying to make them better.

Reflections on the decade that was 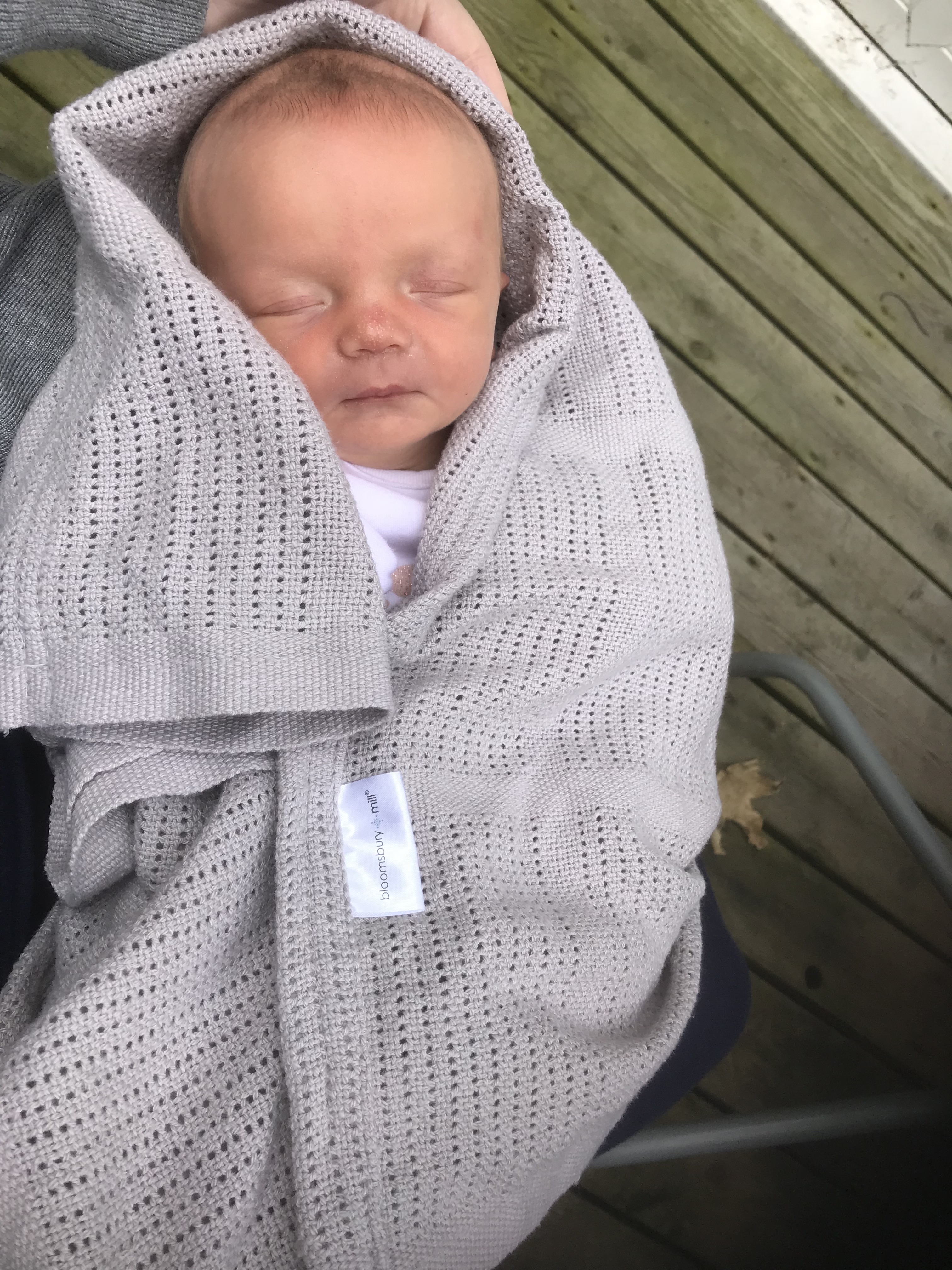 When I was pregnant I remember strangers would tell me “oh your life will change once the baby comes”. “You’ve no idea of the impact it’ll have & how much you will grow as a person”.  Well they were totally right as no one prepares you for the shock of parenthood but what people don’t realise is the really extreme sport form of parenthood is caring for a sick or recovering child or baby now that has a real impact. Not to mention the loss of one but that’s another change entirely and I wouldn’t describe that as growth at all, that’s more like having an amputation but I’m not talking about that now.

It feels strange to us to have a “normal” healthy newborn, as with Violet we had to give her specialist care because she was recovering from open heart surgery. So in her early years we couldn’t lift her under her arms, couldn’t wind her over the shoulder, she couldn’t do “tummy time” and we couldn’t touch or rub her chest or tummy at all because of her chest wound and broken rib cage. Anyone who’s ever had broken ribs will understand the pain she would have been in during the first 8 weeks while they healed not to mention all the surrounding muscle tissue including her heart. For a good while we also couldn’t bathe her either bless her.

Last time with Violet as a newborn all her energy from milk consumption in the first few months went towards healing her ribs, heart and muscles from heart surgery so she didn’t really grow or gain weight at all in her first few months of life. In fact she couldn’t even be plotted on the normal growth chart until she was about 6 months old!

This time round despite us feeding Aurora less than we did Violet she is piling on the pounds, rapidly jumping up the growth chart percentiles as a result every health professional so far that has weighed aurora has exclaimed how well we’re doing as new parents, whereas with her sister we were frowned at, interrogated about our feeding skills & had to keep meticulous written feeding records we could show them as “evidence”.  Violet fed every 45 minutes for weeks & Aurora feeds every 1-1.5hrs & sometimes at now 4 weeks old she can go a whole 2.5hrs between feeds but we’ve not had to keep records for Aurora.

You’ve no idea how much reassurance growth and weight gain gives you as a new parent. Assurance that despite the tears, occasional vomiting and lack of sleep you’re doing exactly the right thing. With Violet half the time we were made to feel as though we were failing, as she didn’t follow any “normal” growth trajectory, whereas this time the same (if not less) effort is getting us much better results on the growth chart.

We now realise how brilliant we actually were with Violet in looking after her complex care needs and managing to look after her well, despite everything being 10 times harder for us, than we now know it is for those with a healthy newborn baby.

Sick baby is a challenge

Immediately after Aurora’s birth the midwife asked Daddy to change the first dirty nappies, that some of you will know contain the challenge of Meconium deposits, (for any novices out there that’s sticky black, tar like poo) and she exclaimed “oh this will be an experience for you” but it was super easy for him compared to when he changed Violets leaning into an incubator carefully cleaning around the various wires and tubes that were keeping her alive. So not that I want to jinx anything but it seems as though Violet really did grow and develop us in even more ways than we care to realise. Hats off to other parents of challenging or poorly babies as we now realise again just how many medals and pats on the back you deserve! You are truly amazing and don’t be disheartened if your baby isn’t jumping up the growth charts. Don’t let health visitors & others make you feel you’re not doing a good enough job, as caring for a sick or recovering baby is a challenge beyond extreme so don’t allow them to compare your super hero baby to other “normal” healthy ones.  And those other new parents whose healthy babies are climbing the growth charts like our Aurora is you’re not too bad either! Keep up the good work & remember not all growth is easily measured.

To those bereaved parents there are no words and I’m sorry you’re reading this, as I completely understand that when you hear people talking about the tiredness & stress of parenting you know you’d happily agree to anything to get your baby back. I have been there. Big hugs,