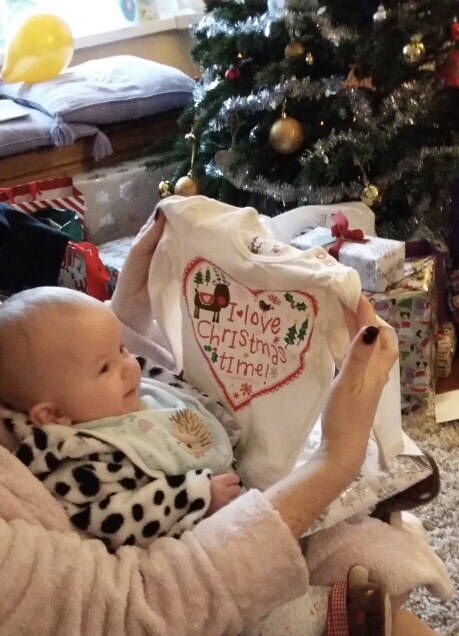 Last week was a hard week for us as it was our daughter’s third birthday. Along with the happy memories we also had memories of her difficult birth, where both of us nearly died, and the memory of her having heart surgery too.

This time three years ago she spent her first 10 days in various NICU wards, at St Mary’s hospital first before she was transferred to Alder Hey hospital. In Liverpool she had open-heart surgery at just 4 days old.

We had to sign a million legal forms and contracts saying we knew the odds were stacked against her.  That we knew she might not survive and return alive from the operating theatre.   And that if she did there was a chance of brain damage; disabilities and the heart problem might not be “fixed”.  We also knew her chance of survival without the operation was nil. She was only alive because of the additional hormones and support she was being given.

Off for heart surgery at 4 days old

I still remember the day she went off to the operating theatre that morning was only the second time I had actually held my daughter in the four days since her birth. The first time being the day after she was born just before she left St Mary’s Hospital in an ambulance for Alder Hey, with her daddy in a taxi in hot pursuit. We didn’t want her to be alone without at least one of us.  I had to remain in St Mary’s because of all the injuries I sustained during labour and as soon as I could I was discharged to head over to Liverpool.

We told her about exciting plans

The days before her operation and the hours before it we spent time talking to her about what we were going to do together once she was out of the hospital.  We chatted about all the different people she would meet, describing friends and family members to her in detail.  We spoke about all the places we would take her to including New Zealand to see her Uncle Tom. Cyprus to see her Aunty Mel and Bali for mummy & daddy’s honeymoon.  We chatted about her Grandma and Nanna.  Said she would learn to swim.

We basically described to her then the life she ended up having crammed into a 15-month period.  I wish I had have mentioned university and her own children to her then perhaps she’d have stayed around for longer!

The journey to operating theatre

When they took her down to the operating theatre I couldn’t watch. I knew I would end up screaming and it would distress Violet, so instead I collapsed onto the floor of the nearby family room sobbing.  Her brave daddy on the other hand walked her down to the operating theatre. Talking calming to her the whole time reassuring her. Reminding her how much she was loved. How strong she was and that she could do this.

Then we waited for an eternity

Then commenced the longest 8 hours of our life as we hung around the hospital waiting for a phone call. We finally received it saying she was out and still alive! We were so relieved but our hearts sank when we returned to the NICU ward to be told that the specialist team wanted to speak to us before we saw her.  We thought oh no this is where we get told something bad has happened. We were told the opposite that the surgeon thought it was an 100% success. He felt she wouldn’t need any other operations on that part of her heart again ever.

You know what we discovered he was 100% right too, as her post mortem showed his operation was a permanent fix.   This is the reason we are fundraising in her name for Alder Hey. So superstar surgeons can continue to work their magic on baby’s that are told they only have a slim chance of survival.

Last week these memories all felt like it was someone else’s story, as though it was a different life and it played in my mind like a feature length film.

The thing I found hardest was the realization that ordinarily I would have spent the weekend before her birthday preparing for it. Buying her gifts, cards and organizing a birthday party for her.  Then the night before I’d have been putting an excited little girl to bed and wrapping her presents to set up for the morning.

This year instead of planning her party the weekend before I focused on doing some planning for the Violet Ball to be held in her memory on 29thSeptember to raise money for Alder Hey to thank them for saving her life at 4 days old.

Instead of wrapping her presents the night before her birthday we decided to make up little “Random act of kindness” parcels containing little packets of sweets, including Parma Violets. Then on her birthday we distributed them all around the area where we live.  Including taking some to her nursery. Leaving some on the benches near the playgrounds in the local parks where she loved the swings. We left some near the mural on Beech Road that has a violet coloured balloon in her memory. Some near to where she attended Babel Baby classes. We placed some on benches in the cemetery close to her grave, after we took her birthday balloons.

The challenge now will be deciding what we do next year for her fourth birthday? Please let us know your ideas as all will be considered.