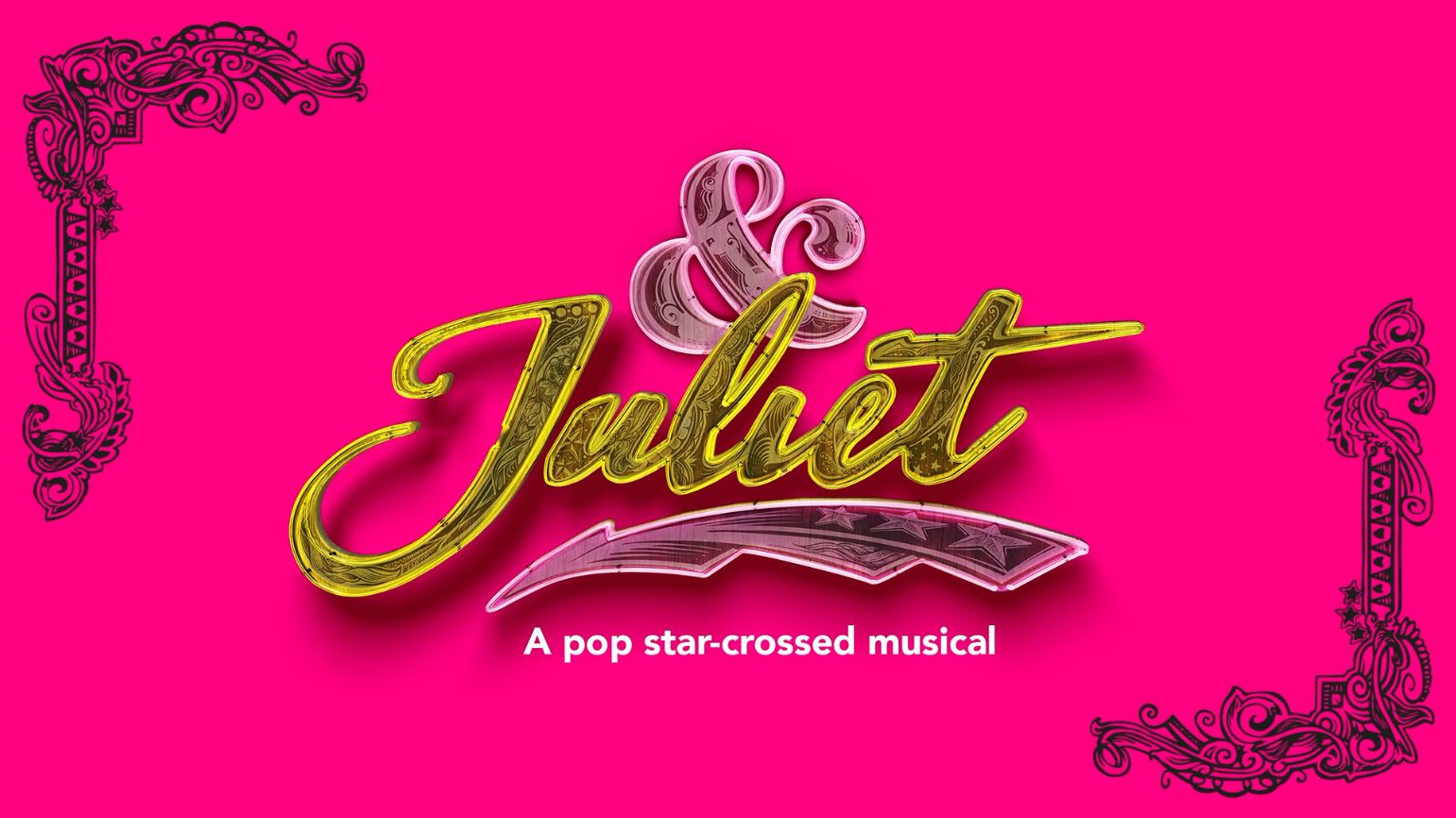 I was honoured to be invited along to the first performance of new musical “& Juliet” and in return I wanted to write a small review about it.

I went to see the show with some friends whose ages ranged from 10 to 50 so it was interesting to get a perspective on the production from each of them.

The general consensus was that it was a riot of lights, colour and music.  It is a show that is a great deal of fun with excellent comedic timing and some clever writing.

The show’s pre text is that what would have happened if Juliet from Shakespeare’s famous Romeo & Juliet didn’t die alongside Romeo but went onto survive.  Cue some amazing songs about girl power written by the musical legend Max Martin who is only second to Lennon and McCartney in terms of top ten songs in the US.

Songs include Britney classics such as “Hit me Baby One More Time” and the Back Street Boys “I want it that way” plus lots of other classics from the naughties by Pink, Katy Perry and Bon Jovi.

Highlights of the show were David Badella who placed Lance and Melanie La Barrie who played Nurse. Their chemistry and comedic timing was brilliant resulting in the entire audience in stitches of laughter especially with their performance of “Teenage Dream”.

The solo performance by Arun Blair Mangat of “I’m not a girl.  Not yet a woman” was I thought the best vocal performance of the show.

The volume of the music was unfortunately occasionally too loud and overshadowed the amazing vocals, which was a shame but hopefully that technical detail will have been adjusted for future performances now.

At a time when theatre visits by 11-15 year olds are at an all time low shows such as this one should renew interest in the arts. Hopefully this musical will make Romeo & Juliet accessible to a new audience too.  A new audience that might not have seen Shakespeare before and might after this show consider taking another look.

It was also a great show for 2019 showcasing exclusivity, equal rights and gender fluidity too.  It caused some members of the audience to seem a little uncomfortable with some parts but hopefully that means it will help to encourage new mind-sets and to provide a catalyst for important discussions too.

In a year that has seen the Spice Girls reform and enjoy renewed mass hysteria from an audience that were barely out of nappies the first time around.  I think the timing for this rip roaring musical couldn’t be better.

There was something in it to appeal to each of my party’s varied ages so a definite must see from us whether you are 10 years old or 50 you will enjoy a thoroughly entertaining night out.