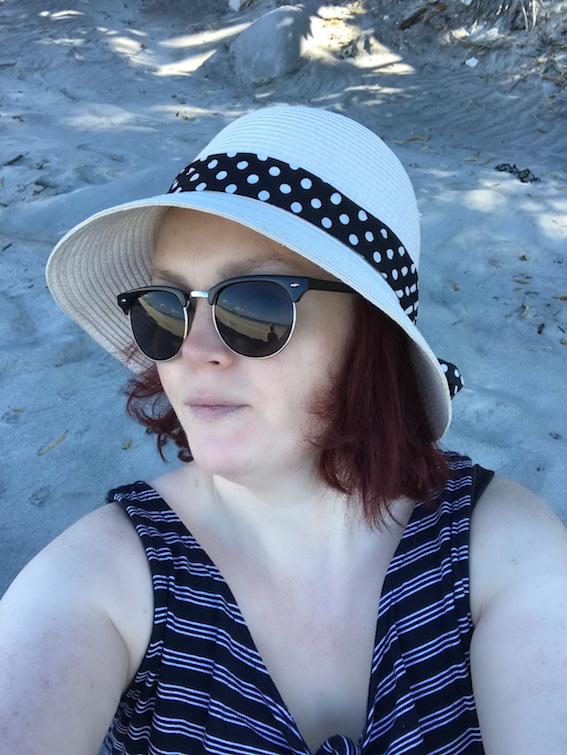 A fellow blogger recently launched her own hashtag challenge #julyyourway and the first day was entitled “your authentic self”. I realised I no longer knew exactly who I was anymore and decided I needed to write this post in case some of you loss mums or parents are the same.

I don’t actually recognise myself anymore. I can tell you all about the old me in great detail as I spent 39 years with her.

The old me was strong, determined, unwavering and a great calculated risk taker.  Her instincts about people and situations were nearly always right. The type of person you could drop into a room of total strangers and she’d be fine chatting to them making friends pretty quickly. If someone told her she couldn’t do something she’d make it her mission to prove them wrong.  One of life’s dreamers believing in positive thinking and that with the right mindset you can achieve anything. Always working towards a vision of the future and undertaking the next challenge. Underneath the confidence she genuinely cared about all those she met, worked with and spent time with. It took me a long time to get to know, appreciate and love the old me.

Where did she go?

What happened you might ask that would fundamentally change your personality permanently well like most new mums four years ago I lost myself a little after the birth of Violet.  All new mums will relate to the fact that usually you immediately become more risk adverse as your instincts to protect kick in and your self-confidence takes a knock too as your body shape changes. However most mums will tell you that maybe a year or two later they rediscover themselves again building up that old confidence. Their core self is fundamentally unchanged.

That happened to me too.  I was starting to rediscover the old me again in September 2016 then the unthinkable happened.

When you lose a child they say your world changes, life is completely altered and things will never be the same again.

The air is completely knocked out of you but what you don’t realise is with the air goes your personality, as you knew it.  All your hopes and dreams, your confidence, trust in yourself and others, All the things you’ve literally spent a lifetime developing, building & honing are wiped away in a moment. All the negative things cling on such as self-doubt, negativity, criticism, depression but the good things…

The old me was confident, fun and had a wicked sense of humour.  She was lovely to her core because she genuinely believed there was more love in the world than bad.  She truly believed in positivity and only saw the good in people. She believed in what her gut or core instinct told her about people and situations.  She actually believed that eventually life will come good and that good things happen to good people.  Work hard try your best and believe in others then good things will happen.  She always looked for the silver lining in every black cloud. It never failed her until the day her daughter died.

At first you think these stronger qualities are still there just diminished like they were post-child birth. Just like when you’ve had set backs or heartbreak in the past? Like a hard drive that just needs a reboot. You try to do that to reboot yourself by trying similar things you’ve done in the past to recover like rest, holidays and seeing loved ones.  Over and over you try in vain to recover.  Eventually you discover that these qualities aren’t dormant any more.  They aren’t still there to be rebooted they’ve been completely wiped out. It’s like you’ve had a computer virus in your brain that’s wiped out the useful things leaving only that photo of you from a beach holiday 10 years ago that you didn’t even like and the only email messages that have been retained are spam ones about PPI.

You have a vague memory of the old you but it’s hard to imagine now you were ever that person.  I can only explain it by saying that it’s as though I’m viewing an old movie about someone else. I miss her. I’d spent years trying to learn to love myself, to be confident in my own skin. This confident me enabled me to be very good at what I did career wise, especially as I was able to juggle twice as much work as anyone else and easily did 16 hour days regularly. I was a caring considerate person who loved life and loved having fun. I really did work hard play hard and excelled at it.

Now that person is gone. Yes physically I look the same. I still have the same cognitive abilities (sleep deprivation affected maybe but I can still ace an IQ test or two). I even the same memories but I feel as though I’m looking in at someone else.  I miss the old me but after over 2 years of trying to get her back I’ve realised that she’s “left the building” never to return. I’ve accepted that I need to build up these qualities in myself from the beginning again, to build the new me.

I’d forgotten how I used to be really strong.  There’s a central core of that original strength left that’s hardened up, so much that it takes a lot for me to cry now but every so often a bit of it crumbles. This core is still surrounded by kindness and compassion just not the huge volume I used to have. This has been coloured by grief and the realisation that really bad things can happen to good people.  Karma doesn’t exist and positive thinking will only get you so far.

The new me comes with a great deal of darkness the old me didn’t have. This has shaped my sense of humour so it is very dark now. I don’t trust my own gut instincts anymore, as these have been proven wrong twice with the very worst results. I also no longer trust others especially those in the medical profession where I now take what they tell me with a pinch of salt.

Luckily over the last 2 years that I have been hitting reboot I have seen some of my wacky creativity come back and my ability to speak to total strangers on some days now is almost as good as it was. Although I find it extremely hard to tolerate fools and I seem to have become even less diplomatic than before so I can be quite honest and frank now.  This is of course a work in progress.  Some things like confidence and speaking to strangers just takes practise and stepping out of your comfort zone.  That’s at least one good outcome in that I don’t really have a comfort zone rather a numb achy uncomfortable zone.

Unfortunately unlike computer software I don’t think “version 2.0: after child loss” will be an upgrade on the one before. Hopefully I’ll eventually be able to patch over some of the holes and maybe even rebuild a few of the qualities the old me had that were great. It will take time though as it took 38 years of hard work to develop the old me.

Feel free to check in with me again at age 79 and we can see if the old me has returned just a wrinklier version.

On the positive side it has changed my outlook on life instead of planning for and looking to the future I try to live in the present. To enjoy the here and now making the most of every moment as I understand just how short life is.

Do you ever feel you have changed? Is it for the better or worse?

4 thoughts on “My authentic self?”